Characterizing FNAs with Molecular Precision™
miRInform Thyroid is a Panel of molecular markers which improves preoperative diagnostic accuracy for patients with indeterminate thyroid nodules¹. In addition, the Panel can aid in the characterization of malignancy. The Panel consists of 7 analytically validated molecular markers and utilizes fine needle aspirate (FNA) specimens, collected in an easy-to-use nucleic acid preservation solution.

Characterizing FNAs with Molecular Precision™
miRInform Thyroid is a Panel of molecular markers which improves preoperative diagnostic accuracy for patients with indeterminate thyroid nodules¹. In addition, the Panel can aid in the characterization of malignancy. The Panel consists of 7 analytically validated molecular markers and utilizes fine needle aspirate (FNA) specimens, collected in an easy-to-use nucleic acid preservation solution.

Markers
These markers are recommended by the ATA (recommendation rating of “C”) to improve preoperative cytological diagnostic accuracy for indeterminate thyroid nodules¹. Additionally, these mutations and translocations are found in up to 80% of papillary (BRAF, RAS, RET/PTC) and 70% of follicular (RAS, PAX8/PPARγ) thyroid cancers based on post-operative histological analysis⁵.

The most common genetic abnormalities found in PTC are the point mutations of BRAF and RAS genes as well as RET/PTC rearrangements. These mutations are found in more than 70% of PTCs and tend to be mutually exclusive. The more common genetic alterations in FTCs are RAS point mutations or PAX8/PPARγ rearrangements, respectively, which are also usually mutually exclusive. RAS and PAX8/PPARγ rearrangements are found in ~80% of FTC. RAS and to a lesser extent PAX8/PPARγ translocations, are also associated with follicular adenoma, with frequencies of 20-40% and of 2-10%, respectively. Up to 20% of PTCs and up to 30% of FTCs do not carry any of the mutations or translocations described above and therefore cannot be detected using an assay based on these gene alterations alone.

Clinical Overview
Although thyroid cancer is relatively rare, thyroid nodules are very common, present in 5% to 7% of the US adult population, representing 10 to 18 million individuals [26]. Because the vast majority of thyroid nodules are benign and because most cases of thyroid cancer are curable by surgery if detected early, it is challenging to identify those nodules that are malignant among the vast majority of nodules that are benign. Fine-needle-aspiration (FNA) combined with cytological evaluation is currently the standard preoperative diagnostic tool for thyroid cancer. However, in 10-40% of cases, the cytological diagnosis remains indeterminate for malignancy. Since 2008, the general category of indeterminate FNAs has been divided into three subcategories, that is follicular lesion of undetermined significance (FLUS), follicular or oncocytic (Hürthle cell) neoplasm, and suspicious for malignancy, with a predicted probability for malignancy of 5-10%, 20-30%, and 50-75% for each subcategory, respectively.

A number of studies have now shown that molecular testing of FNA biopsies, especially for BRAF, but also for a combination of markers, including BRAF, RAS, RET/PTC and PAX8/PPARγ, is not only feasible but, can significantly improve the accuracy of the preoperative FNA diagnosis from cytology.

The use of molecular markers (e.g., BRAF, RAS, RET/PTC, and PAX8/PPARγ) is now formally recommended in the 2009 Revised ATA Management Guidelines for Patients with Thyroid Nodules and Differentiated Thyroid Cancer (Recommendation rating: C). In one of the prospective studies using BRAF, RAS, RET/PTC and PAX8/PPARγ as a marker panel for testing FNAs, the sensitivity of malignant diagnosis in FNA thyroid nodules increased from 44% to 80%, when comparing cytology alone to cytology combined with molecular testing for the markers described above.

BRAF: The BRAF mutation (V600E) is the most common mutation in PTC, occurring with a prevalence of ~45% (range 27%-87%) [8, 9]. It is mostly found in conventional PTC and the tall cell variant of PTC and less frequently in the follicular variant of PTC. BRAF point mutation is not found in follicular thyroid cancer and benign thyroid nodules. BRAF V600E mutation leads to the constitutive activation of the BRAF protein kinase of the MAPK pathway. Recent studies have established BRAF V600E as a marker of disease aggressiveness, disease recurrence, and poor prognosis.

An overview for patients

A novel patient-centric approach to thyroid nodule managementThe Afirma Thyroid FNA Analysis, offered by Veracyte, is a novel approach used by physicians to assess whether a lump (nodule) in a thyroid gland is likely to be benign or malignant (cancerous). Although most thyroid nodules are benign, the only way to be sure is to look closely at the cells that make up a nodule.

Many physicians have chosen to use the Afirma Thyroid FNA Analysis to assist them in their assessment of thyroid nodules given its significant benefits for patients, including the ability to:

FNA: A simple way to examine your nodule’s cellsFirst, your physician will perform a Fine Needle Aspiration (FNA). The FNA is a simple procedure, often performed in a typical exam room, in which your physician uses a very thin needle (usually smaller than one used to draw blood) to take out cells from one or more nodules in your thyroid. Your physician will collect cells for cytopathology assessment and molecular analysis. The procedure should take only a few minutes and is normally no more painful than a pinch.

Cytopathology: The standard approach that typically provides a definitive diagnosisThe next step is for the FNA sample to be sent to a cytopathologist*, a physician who specializes in diagnosing diseases by the examination of cells. The cytopathologist looks at the cells in your nodules under a microscope to definitively diagnose the nodule as benign or malignant. When the cytopathologst is able to reach a benign or malignant diagnosis, the Afirma Thyroid FNA Analysis is complete and a final report is sent to your physician. In this case, your doctor will contact you with your final Afirma Thyroid FNA Analysis results and a recommended treatment plan.

The Gene Expression Classifier: An answer for ambiguous cytopathology resultsWhile the cytopathologist is usually able to make a definitive benign or malignant call, the cytopathologist in some cases issues a diagnosis that is ambiguous (commonly described as “Indeterminate”). Before the Afirma Thyroid FNA Analysis, patients with ambiguous results routinely underwent surgery to have part or all of their thyroid taken out in order to obtain a definitive diagnosis with the majority of them ultimately told, after surgery, that their nodule was benign.

Now, by requesting an Afirma Thyroid FNA Analysis, your physician has a new tool to manage patients with these previously ambiguous results. If the cytopathologist makes an indeterminate diagnosis, the Gene Expression Classifier is performed on the samples submitted for molecular analysis. The Gene Expression Classifier, available only through Veracyte as part of the Afirma Thyroid FNA Analysis, measures the activity level of many genes within a nodule and then classifies the nodule as either benign (risk of cancer is less than 6%) or suspicious for cancer.2 The results enable your physician to provide you with more informed recommendations about your care. Studies have shown that most patients with a GEC Benign diagnosis are avoiding surgery.

An innovative patient-centric solution for improved thyroid nodule assessment
The Afirma Thyroid FNA Analysis provides a novel solution for improved accuracy in thyroid nodule diagnosis. This latest advance in the management of patients with thyroid nodules combines specialized cytopathology* with the Gene Expression Classifier (GEC). The GEC reclassifies FNAs (Fine Needle Aspirates) with ambigous cytopathology diagnoses as either benign or suspicious for cancer. By helping physicians pre-operatively identify benign nodules (Negative Predictive Value greater than 94%) in patients with indeterminate** cytopathology, clinical and sonographic follow-up may be recommended in lieu of diagnostic surgery.1 Studies show that the risk of malignancy of a GEC benign result (less than 6%) is similar to that of a cytopathology benign diagnosis.2,3 Addressing the indeterminate challenge
Before Afirma, patients with cytopathology indeterminate nodules were routinely recommended to undergo surgery because of the risk of thyroid cancer.2,3 For this diagnostic surgical procedure, all or part of the thyroid is removed. However, in the majority of cases, the nodules turn out to be benign and the operation deemed unnecessary. Patients undergoing these surgeries face an expensive procedure as well as a nearly 10% surgical complication rate. In addition, at any given time, up to 40% of thyroidectomy patients have thyroid function laboratory results outside of treatment target goals, exposing them to potential post-surgery morbidity from iatrogenic hypo- or hyperthyroidism.7-9 By incorporating the Afirma Thyroid FNA Analysis into their practice, physicians can leverage GEC Benign results to significantly reduce the number of patients undergoing thyroid surgery. In addition, physicians can use GEC Suspicious results to identify patients at increased risk for malignancy.

Include pre-operative Afirma GEC benign diagnosis to consider avoiding surgeries
When the proprietary Afirma Gene Expression Classifier reclassifies cytopathology indeterminate nodules as benign, the risk of malignancy is comparable to that of a cytopathology benign diagnosis.1-3 A Benign Afirma GEC result enables physicians to consider recommending watchful waiting in lieu of surgery.4 Reducing the number of invasive procedures performed on patients with benign thyroid nodules can ultimately improve care and deliver cost savings to patients and the healthcare system.10-12

The Veracyte approach ensures correct pairing of cytopathology and GEC samples and minimizes the risk of sample mix up associated with sample collection.13-16 In addition, by generating a final result from one single visit, patients avoid the costs and anxiety resulting from subsequent physician encounters due to an initial inconclusive cytopathology result.11 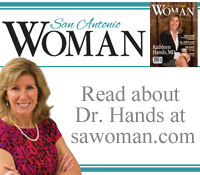